According to RTrack analytics, Roblox hit 113M+ MAU in December of 2019. In an August 2019 Business Insider article[1], Roblox’s MAU in August was said to be 100M, which indicates an increase of 13 million monthly active users in a five month time frame. This indicates similar growth between August and December of 2019 as that seen between September and April 2019, shown by this graph from Business Insider: 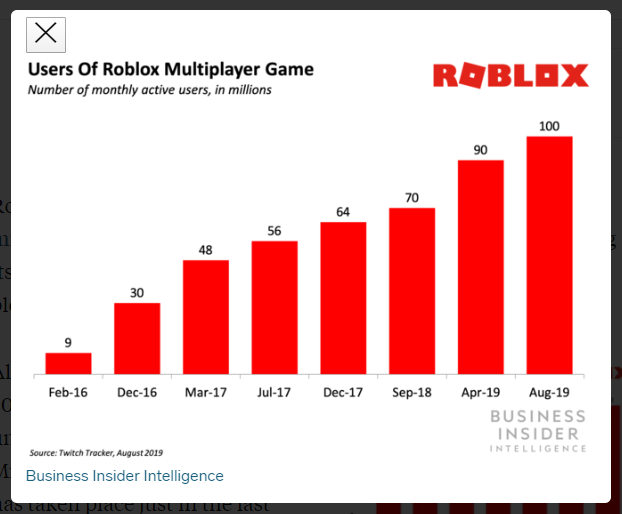 RTrack’s value for December MAU is an estimate based on a randomly selected sample of 80,000 Roblox accounts, of which just over 6,000 were found to have been online in the past 31 days. At the time of calculating, total Roblox acccounts were estimated to total 1.3 billion, using the percentage of the sample online (8.24%), total monthly active users were estimated to be between 113 and 114 million. This process was allowed to run four times with a different sample group, with MAU falling between 113 and 114 million each time.

[1] “Roblox has eclipsed Minecraft with 100 million users — highlighting the popularity of ‘digital hangouts'” As of 12th January 2020: https://www.businessinsider.com/roblox-user-growth-surpasses-minecraft-2019-8?r=US&IR=T