RTrack’s estimate for Roblox’s April 2020 MAU is significantly higher than the previous month’s; going from 134M MAU in March, to more than 146M active users in April. This indicates an increase of almost 10% in Roblox’s active users between March and April, and an increase of nearly 20% since the beginning of the coronavirus pandemic.
Shown below is data from an August 2019 Business Insider article [1] and RTrack’s most recent data. 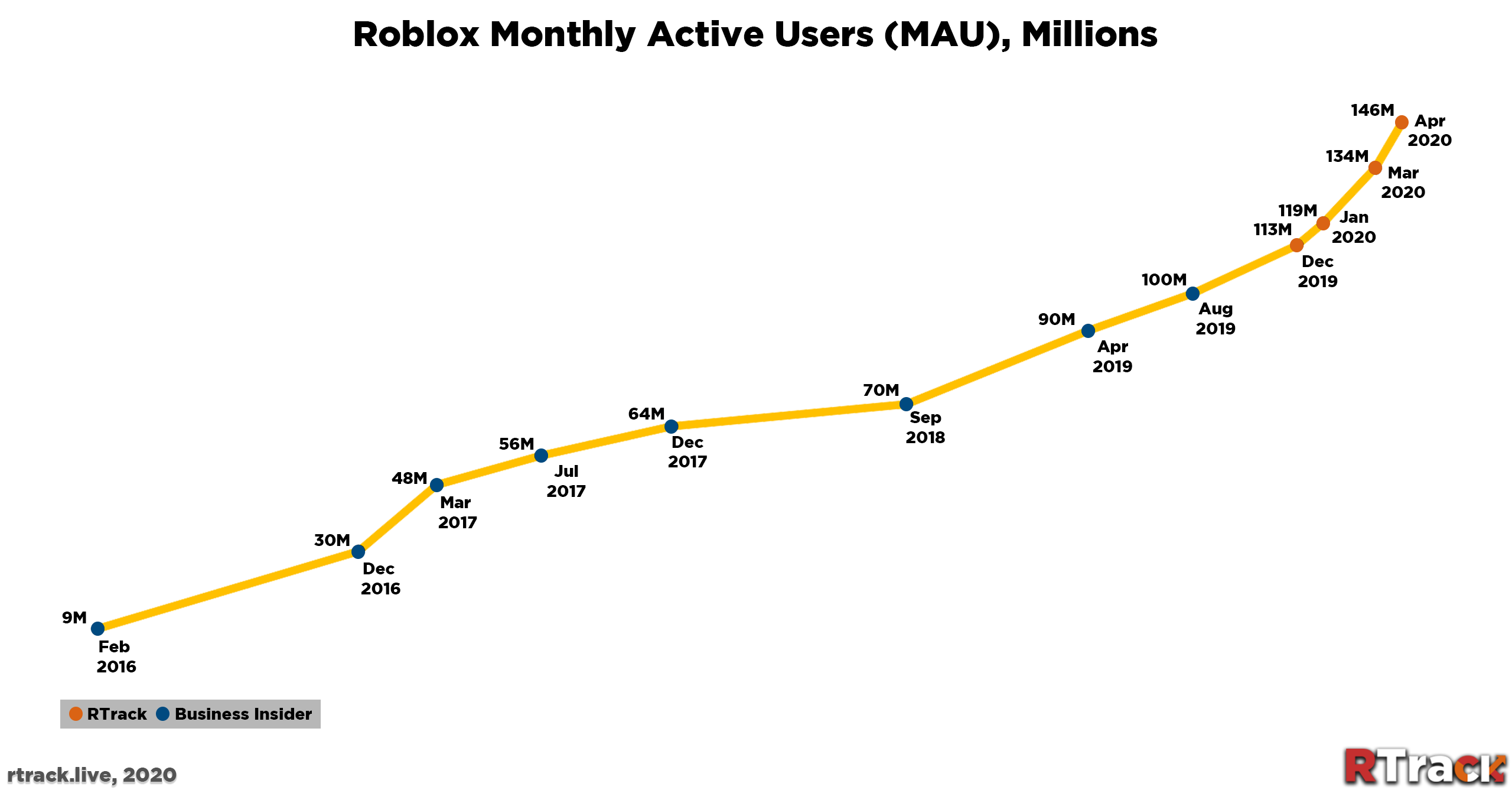 RTrack’s value for April 2020 MAU is an estimate based on a randomly selected sample of 80,158 Roblox accounts, of which 7,330 were found to have been online in the past 31 days. At the time of calculating, total Roblox acccounts were estimated to total 1.6 billion, using the percentage of the sample online (9.14%), total monthly active users were estimated to be between 146.2 and 146.4 million. This process was allowed to run four times with a different sample group, with MAU falling between 146.2 and 146.4 million each time.

The percentage of total users found to be online (9.14%) is an interesting area of note. This figure has increased since March, when 8.7% of users had been online in the past month, and since January, when 8.3% of users were online. This may hint at improved retention of users by Roblox, something that may be due to recent efforts at retaining older users.

[1] “Roblox has eclipsed Minecraft with 100 million users — highlighting the popularity of ‘digital hangouts'” As of 1st April 2020: https://www.businessinsider.com/roblox-user-growth-surpasses-minecraft-2019-8?r=US&IR=T